As we are all aware, the coronavirus (COVID-19) pandemic has led to a need for social distancing to help prevent the spread; for this reason we moved our MCA conference online.

This event will be a virtual conference delivered via Zoom.

The Mental Capacity Act (MCA; 2007) is a multifaceted legal framework that seeks to ensure the autonomy, liberties, protection, and support of adults aged 16 years or older. It has recently undergone a comprehensive parliamentary review and a number of significant changes will come into effect in 2020.

The MCA can have a transformative impact on people’s lives and the application of the Act in clinical settings can be challenging for service users, clinicians and providers.  The outcomes of capacity assessments, best interest and Court of Protection rulings can have a profound impact on people’s lives. It can affect their right to choose where they live, to receive or refuse medical treatment, to make testamentary decisions, to engage in a sexual relationship or marriage and to manage their financial affairs.

Conforming to good practice guidance for the MCA and working with people with complex mental health and neurodevelopmental needs can be challenging. The Academic Centre, St Andrew’s Healthcare, will be hosting a one day live online virtual conference  to support clinicians to develop clinical practice skills. Bringing together key practitioners and academics, a series of oral presentations will be offered.

The event will offer oral papers that will be 40  minutes in length, with 10 minutes at the end of each for questions.

Below you can download the conference flyer which offers more details and the full agenda.

Who Will The Event Be Of Interest To?

The event will be of interest to those who work with complex populations presenting with mental capacity and mental health needs. It will be particularly relevant to responsible clinicians, trainees enrolled on higher psychiatry training programmes, senior clinicians involved in complex capacity assessments and clinicians in clinical leadership positions.

IMPORTANT INFORMATION :   A Registration Form must be submitted along with payment

We are extremely pleased to announce the following speakers at our MCA Live Webinar Conference.

Professor Keith Rix is a consultant forensic psychiatrist. His involvement in the forensic field began in the 1960’s when he lived in hostels in London with ex-offenders and assessed prisoners for hostel admission. He moved to Leeds as senior lecturer in psychiatry in 1983 and became a visiting consultant psychiatrist at HM Prison, Leeds. He established the Leeds Magistrates’ Court Mental Health Assessment and Diversion Scheme and the city’s forensic psychiatry service. He has provided expert evidence to the courts for over 35 years, including evidence on a pro bono basis in capital cases in the Caribbean and Africa, and he is the author of Expert Psychiatric Evidence (second edition due for publication in 2020) and lead author of the Royal College of Psychiatrists’ report Responsibilities of psychiatrists who provide expert opinion to courts and tribunals.

He is also the editor of A Handbook for Trainee Psychiatrists and co-author, with his wife Elizabeth Lumsden Rix, of Alcohol Problems. He is on the Executive Council of the British Academy of Forensic Sciences and he is an associate editor of its journal Medicine, Science and the Law. He is also on the editorial board of the Royal College of Psychiatrists’ CPD journal BJPsych Advances and to which he is a frequent contributor of papers on medicolegal subjects. He is a former Chairman of the Fitness to Practise Panel of the Medical Practitioners Tribunal and part-time lecturer in the Department of Law, De Montfort University, Leicester. He is now Visiting Professor of Medical Jurisprudence, School of Medicine, University of Chester, and Honorary Consultant Forensic Psychiatrist in the Norfolk and Suffolk NHS Foundation Trust. In 2015 he was elected an Honorary Fellow of the Faculty of Forensic and Legal Medicine of the Royal College of Physicians and he is now its Mental Health and Intellectual Disability Lead. He lives in Norfolk where he enjoys game cookery, bird watching, walking, jazz, opera and teaching his grandchildren the elements of marine engineering with a bucket and spade on North Norfolk’s beaches.

Faculty of Health and Life Sciences

Professor Derick Wade is Consultant in Neurological Rehabilitation and has been a Visiting Professor at Oxford Brookes University since 2007.

Dr Tania Gergel is a Senior Research Fellow at the Institute of Psychiatry, Psychology and Neuroscience, King’s College London.  She is leading a team focusing on advance decision making in bipolar disorder within the Wellcome Trust Mental Health and Justice Research project.   The team advised on the recent Independent Review of the Mental Health Act and are currently working with the Department of Health and Social Care on reforms to the MHA in relation to advance decision-making.   Although Tania’s academic background was in ancient philosophy, her research now focuses on mental health, ethics and law, with areas of interest including: advance decision-making and decision making-capacity; the ethics of coercion and leverage within psychiatry; personal identity and mental disorder; and stigma.

Francis is a partner in the Public Law team at Capsticks. He advises on legal issues arising from the commissioning, planning and delivery of health and social care.  Francis is recognised as an expert in mental health and mental capacity law. His recent MHA cases include ‘Munjaz’, in which the European Court described the seclusion policy he advised on as “exemplary” when allowing a departure from the Code of Practice, and the ‘Haines’ matter in which Francis represented Broadmoor Hospital in the first ever reported public tribunal hearing. His advice on the unlawful delegation of the Secretary of State’s s.12 MHA approval functions to an FT, resulted in emergency legislation in 2013. Francis has worked on secondment with a local authority, and as a member of a Foundation Trust Board’s MHA committee.

Francis is the Course Director for the Complanies Open University accredited Diploma in Clinical Risk and Claims Management. In addition to the support he provides to clients on policy development and decision making, Francis also advises on judicial review challenges, complaints, incident handling and the disclosure of information. Francis is ranked as leading solicitor in independent legal directories.

Alex Ruck Keene is an experienced barrister, writer and educator. His practice is focused on mental capacity and mental health law, in which he is able to provide specialist advice and representation, as well as delivering expert training for front line professionals. He also writes extensively in the field, editing and contributing to leading textbooks and (amongst many other publications) the 39 Essex Chambers Mental Capacity Law Report, the ‘bible’ for solicitors (and others) working in the area. He is the creator of the website http://www.mentalcapacitylawandpolicy.org.uk/, providing resources and expert commentary on some of the most difficult mental capacity issues.

Alex is a Wellcome Research Fellow and Visiting Lecturer at King’s College London, a Visiting Senior Lecturer at the Institute of Psychiatry, Psychology and Neuroscience, King’s College London and a Research Affiliate at the Essex Autonomy Project, University of Essex. He spent 2016 on secondment to the Law Commission as a consultant to their Mental Capacity and Deprivation of Liberty Project and throughout 2018 was legal adviser to the Independent Review of the Mental Health Act 1983.

Farshad Shaddel is a consultant psychiatrist, Senior Fellow of Higher Education Academy and a member of the CASC Panel at the Royal College of Psychiatrists. He is the director of the Oxford Centre of Medical Education and has led the Developing Learning & Teaching for medical educators programme (DLT Med Eds., a postgraduate qualification accredited by the Academy of Medical educators - AoME) since April 2019. Farshad has done his postgraduate qualification in leadership and teaching in Higher Education (PGDip-LATHE) with the University of Oxford. His special interest is formative and summative assessments in medical education.

Below you will find answers to some frequently asked questions about the postponement of the MCA event.

Why is the event being postponed?

The MCA Conference was moved to an online event due to concerns linked to the COVID-19 pandemic.  Unfortunately due to some logistical issues we have had to make the difficult decision to postpone the event. While we know this is disappointing, we are committed to providing you a quality event with our fantastic line up of speakers.  We hope you understand and that you will join us on the rearranged date of 27th April 2021.

Where is the information about the rescheduled event, including things like changes to location, speaker line-up, and number of tickets available?

All up to date information relating to the MCA event can be found on this web page.  The only change has been to the date but if you have any further queries please do contact us at academicdepartment@standrew.co.uk

I don’t know if I can come to the rescheduled conference. Can I get a registration refund?

Yes, for those who are unable to come to the new conference we will provide refunds. However, we are hopeful that many people will be able to join our rescheduled conference on 27th April 2021. Everyone currently registered for the conference will remain registered for the new date. We understand this may not work for everyone, and for those who are unable to come we will provide refunds.  Please contact us at academicdepartment@standrew.co.uk to request your refund.

I was not registered for the original conference but I’m interested in joining your April 2021 conference. Where do I find more information?

All information relating to the MCA event will appear on this web page. Registration is still open, please submit your completed Registration Form to academicdepartment@standrew.co.uk and make your payment via the PayPal link in the How To Pay section of the web page.

What happens if the event cannot take place in April 2021?

In the unfortunate event that St Andrew's determine that a conference is not feasible due to the continued effects and restrictions caused by COVID-19 in April 2021, St Andrew's reserves the right to cancel or postpone the event until such time as restrictions upon large group gatherings are lifted.

Is there anything specific I need to be doing with regard to my registration, in light of this postponement?

No, nothing. We have retained your registration in our system, and will send you regular updates on how the conference is progressing.

Who is the main point of contact for any questions and concerns with regard to the postponement?

Please contact academicdepartment@standrew.co.uk. or, alternatively call the Academic Team on (01604) 616069

Registration is Now Open for this event 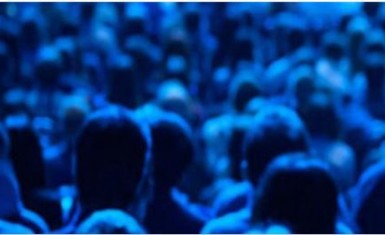 Registration is Now Close for this event 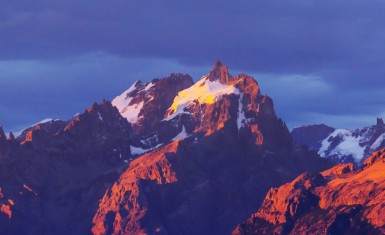 You can get in touch by calling 01604 616069 or via email at academicdepartment@standrew.co.uk