St Andrew’s Healthcare is led by its Charity Executive Committee, overseen by the Board and, in turn, the Court of Governors.

The Charity Executive Committee team meets every week and is responsible for devising and delivering St Andrew’s Healthcare's strategic aims for the future. It makes sure that the strategy is clear and that performance and progress are effectively managed and monitored.

The Committee is made up of: Her role prior was Chief Executive for West Hertfordshire Hospitals NHS Trust, where she successfully led a transition programme to steer the organisation out of areas deemed to be inadequate by the CQC.

Originally trained as a nurse, Katie has a long and distinguished record in improving the quality of care and enhancing patient experience. She established her career within the NHS, where she held a number of senior leadership and board level positions. 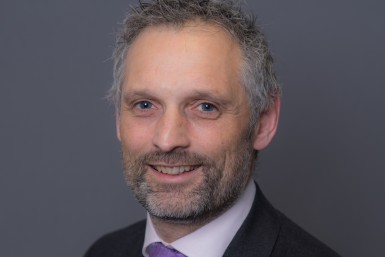 He has more than 25 years’ experience in the healthcare sector, having started out in nursing and specialising in mental healthcare nursing. He has since held senior positions in both public sector and NHS organisations, with a strong emphasis on building collaborations and successful partnerships.

Jess is responsible for overseeing the development of strategic partnerships and the creation of new community services. 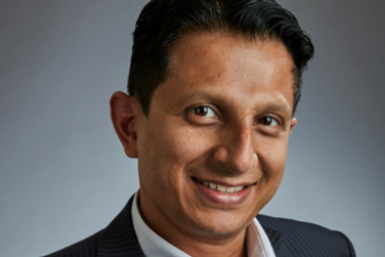 Dr Sanjith Kamath has been a Consultant Psychiatrist since 2007, working in both the NHS and the private sector before joining St Andrew's Healthcare in 2012. He has an interest in service development and is also a Founding Fellow of the Faculty of Medical Leadership and Management. He also has a MBA.

Sanjith became Clinical Director for the Women’s Mental Health Pathway in 2015 and has been involved in developing new services including establishing our Women’s Psychiatric Intensive Care Unit (PICU) last year. He was heavily involved in implementing outcomes driven, value-based healthcare across the charity, leading to his appointed as Executive Medical Director in 2018. 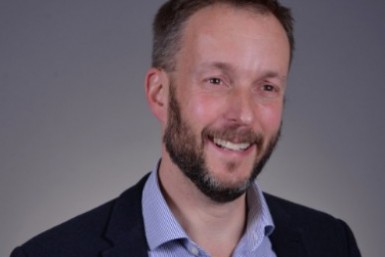 Alastair has been at St Andrew’s since March 2017, having previously worked as a Hospital Director for two of the Huntercombe Group’s Child and Adolescent Mental Health (CAMHS) units.

As Service Director, Alastair was responsible for our Men’s Mental Health Services in Northampton, our Psychiatric Intensive Care Units in Northampton, and our Birmingham Hospital. Prior to moving to healthcare, Alastair’s background was in performance improvement and change leadership. He has held a variety of senior leadership roles in the public sector, including as Director of the Royal Courts of Justice, in social housing and in the charity sector, including a spell as CEO of one of the Prince’s Charities, working for HRH the Prince of Wales. 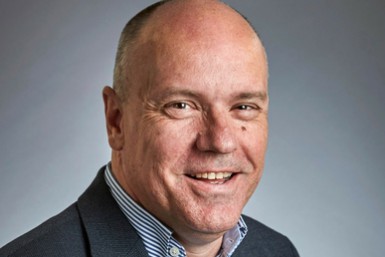 Martin joined St Andrew’s Healthcare in November 2014 from Rentokil Initial, where he was UK Human Resources Director responsible for business transformation with over 30,000 employees. 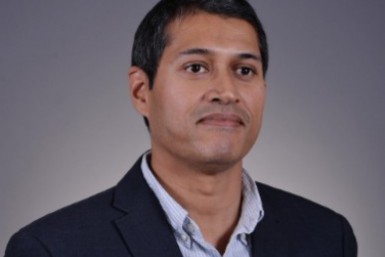 Dr Roychowdhury joined St Andrew’s in August 2003 and is trained in both general adult and forensic psychiatry. His main clinical interest is in quality improvement of in-patient services, and he has published in major peer-reviewed journals and presented at key academic conferences on topics related to recovery, ethics, quality improvement, risk assessment and using technology to improve healthcare outcomes. 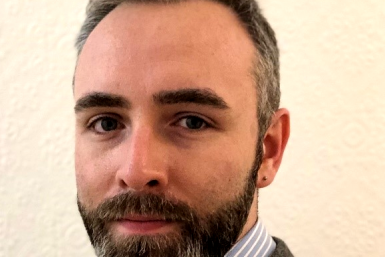 He is responsible for physical healthcare strategy including primary and urgent care, medical devices device safety and leadership of Allied Health Professions. James is passionate about bridging the gap of physical health inequality experienced by patients who have a diagnosed mental health condition and, or learning disability.

His prior role was as Head of Physical Healthcare for Avon and Wiltshire Mental Health Partnership.
James is a Paramedic by profession and continues to practice clinically with South Western Ambulance Services. Alex joined St Andrew’s Healthcare in September 2018 as Director of Finance and was appointed CFO in April 2019.

Her prior role was as Finance Director and Company Secretary for the MAXIMUS UK Human Services Division (incorporating both Remploy Ltd and MAXIMUS People Services Limited), leading in Remploy’s successful exit from DWP and transformation into a commercially focussed, employee-owned organisation.

Alex qualified as a Chartered Accountant in 2002 and has worked as an Auditor in Private practice as well as holding leading finance roles in the not for profit, education and welfare to work markets. Dr Emily Fox has been a Consultant Clinical Psychologist since 2004. She initially joined St Andrew’s as a nursing assistant in 1988. Since qualifying as a psychologist, Emily has worked in a number of inpatient settings including learning disability, eating disorders, acute admissions, and adolescents.

Since 2003, Emily has worked in women’s inpatient units (locked rehabilitation and low secure settings) delivering comprehensive Dialectical Behaviour Therapy (DBT) programmes. In 2015 she became Head of Psychology, and in 2017 she was appointed as Clinical Lead for our DBT service. In 2020 she took on a new position as our Director of Psychological Therapies.

In 2012, Emily was nominated as General Secretary for the Society for DBT (SfDBT) for the UK and Ireland. Since 2016 she has been Chair for the SfDBT. 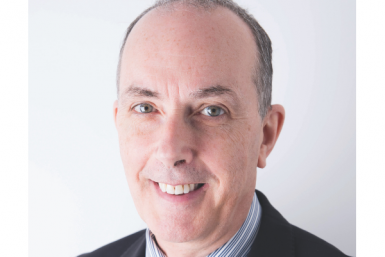 He has worked in the NHS for almost 40 years, initially qualifying as a Registered Nurse. Andy’s clinical experience has been primarily in services with vulnerable adults and children, and he has particular experience in Mental Health and Community Services, and services for people with learning disabilities and challenging behaviour.

Andy has held a number of senior management posts over the past 20 years, in a range of Mental Health, Community and Acute settings. He has also worked at national and regional level with the Department of Health and NHS Improvement, developing work on suicide prevention, workforce development and retention, with particular experience in Patient Safety, Clinical Governance and partnership working in large complex organisations. John joined St Andrew's in March 2019 from University Hospitals of Leicester, where he held the role of CIO for seven years.

He was previously Deputy CIO at NHS East Midlands, enabling him to bring valuable insights as he develops and evolves our IT strategy - with a keen focus on both value and security.

The role of CIO is new to St Andrew's and recognises the importance of data and technology in achieving our strategic goals. Dr Hamilton is a consultant forensic psychiatrist and specialist in Deaf mental health. Although hearing, coming from a Deaf family he grew up using British Sign Language and with an understanding of Deaf culture. He undertook his specialist training in Dorset, Hampshire, Broadmoor Hospital, and at the National High Secure Deaf Service at Rampton Hospital before becoming the consultant for the Medium Secure Deaf Service at St Andrew’s in Northampton. He is currently also the clinical director for Medium Secure services at St Andrew’s. Dr Katina Anagnostakis joined St Andrew’s from the NHS as a Consultant Forensic Psychiatrist in 2008. Her clinical focus has been in adult forensic mental health services, especially where there is complex co-morbidity with personality disorder.

She is a qualified Dialectical Behaviour Therapist (DBT), is actively involved in clinical research and has held senior leadership roles in medical education, medical regulation and with the Royal College of Psychiatrists. She has a record of fostering a creative learning culture to drive quality improvement and innovation. 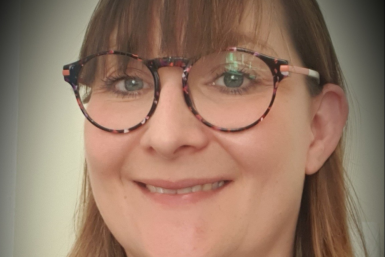 Catherine joined the St Andrew's Healthcare team in 2016 as Modern Matron at our Birmingham hospital. She became Clinical Lead for the Birmingham Integrated Practice Unit in December 2017, overseeing clinical practice for eight wards. In 2020 she was appointed to the post of Clinical Director for Community Partnerships

Catherine began her career as a mental health nurse in 2003. Tom joined St Andrew’s as Communications Director in February 2015. He joined the charity from the BGL Group - owners of financial services brands including comparethemarket.com.

Tom has been a communications and corporate affairs professional for many years, joining Accenture as a graduate trainee and then working for Diageo both in the UK and the Far East, where his final role was Corporate Relations Director, Asia Key Markets, based in Bangkok.

Tom also has overall responsibility for Workbridge and Voluntary Services. 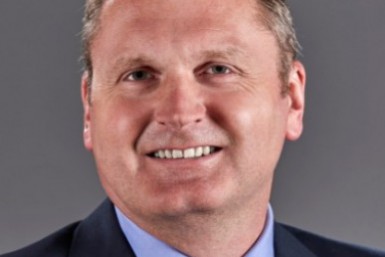 A Chartered Surveyor, Alex has held senior roles within medical organisations including Nuffield Health, Virgin Care and BUPA Care Services. In addition he has worked at infrastructure businesses including Manchester Airports Group where he sat on the Divisional Executive Board of the Estates and Development arm. Duncan joined St Andrew’s in August 2016, as Head of Internal Audit and became Head of Audit in April 2017, moving into the Company Secretary role in April 2020. Duncan has responsibility over the Governance, Internal Audit, Risk and Counter Fraud functions.

He has been working within audit and governance for over 20 years, including senior roles within the hospitality and facilities managed service sector, retail and restaurants, as well as utilities before moving across to the healthcare sector. 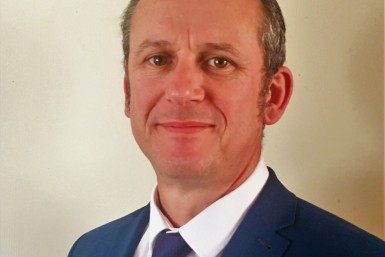 Rob Joined St Andrew's initially as a Specialist Nurse before being appointed as the Clinical Director for CAMHS in July 2020. His prior role was as a Modern Matron in the inpatient CAMHS Services for Cambridgeshire and Peterborough NHS Foundation Trust. He is a dual trained Registered Nurse (Child and Mental Health) with more than 25 years' experience of working with children and young people within inpatients and the community. Rob is passionate about ensuring that the views and experiences of our patients are held as central to everything we do.