A documentary filmed at a secure psychiatric hospital in Northampton about people with complex mental health conditions is to be screened at an international film festival next month.

I’m Not Mad, I’m Me, which follows Kayleigh, Charlie and Jo as they prepare to leave St Andrew’s Healthcare, will be shown at the Global Health Film Festival on Sunday, December 5.

The film event, which starts on Thursday, November 25, was established in 2015 in a bid to bring together hundreds of health advocates, filmmakers, journalists and members of the public from all over the world.

I’m Not Mad, I’m Me was chosen to be screened from hundreds of films which had been submitted to festival organisers. Judges selected the film after being impressed by the high-production values and hearing from the three main characters who were open about their journey after being sectioned under the Mental Health Act.

The trio agreed to waive their right to anonymity because they wanted to educate people about complex mental health problems and the role that St Andrew’s Healthcare has played in their recovery.

Kayleigh, who has been an inpatient for three years at the Northampton hospital, said: “When I first arrived at St Andrew’s I didn’t really see a future I was that depressed. I want people to understand that mental health can affect anyone. I want people to realise that just because you’ve got a mental illness, it doesn’t define you as a person, it’s just a part of who you are.”

Catherine Rose, who co-produced, directed and edited the documentary and was instrumental in submitting the film to the festival, said: “I've worked on a lot of projects that feature tough subjects, but having the rare access and permission to film with these brave young people inside a secure psychiatric hospital felt important and special to be a part of.

"All three of our protagonists spoke freely about the painful journey they've experienced and how life-changing being in specialist care has been for their recovery journey.

“Having a film screened at any festival is a huge honour, but for this film to be showcased at such a prestigious and relevant event is significant as it cements mental health is firmly on the global health agenda. I'm so pleased that Kayleigh, Jo and Charlie's stories will inspire and reach a global audience.”

Gerri McHugh, the film festival’s Founder and Director said: “To see such powerful mental health stories being told is brave, generous and wonderfully inspiring and when I saw I’m Not Mad, I’m Me, I knew we had to include it on our programme.

“Jo, Charlie and Kayleigh have shown the world there’s nothing to be ashamed about when it comes to complex mental health and together we’re one step closer to breaking the stigma that is too commonly associated with being admitted to a secure psychiatric hospital. I’m excited for the wider audience to be able to watch I’m Not Mad, I’m Me along with all the other engaging, creative and inspiring films we’re screening this year.”

Once the 30-minute documentary has been screened on the night, Catherine will take part in a discussion afterwards alongside Dr Peter McAllister, Associate Medical Director for Education at St Andrew’s, who appeared in the film because he oversaw a lot of the treatment administered to all three patients.

Jess Lievesley, the charity’s interim CEO, added: “It is still not acceptable that despite years of positive progress, too many people still associate mental illness with a stigma that at best can be a huge barrier to people achieving their potential and at worst can lead to people giving up hope and taking their own lives.

“We at St Andrew’s have a duty to continue to challenge stigma and promote greater awareness and inclusivity of everyone within our community and I am so proud of the stars of this documentary for speaking openly about their experience.

“Staff here are completely dedicated to promoting hope for an individual’s recovery and that they are so much more than their diagnosis. By speaking out and sharing their story, Kayleigh, Jo and Charlie have shown the world that they are individuals with an illness and they’re winning the battle in their fight to overcoming their complex mental health condition.

“I’m hugely proud of I’m Not Mad, I’m Me and would like to thank the organisers of the Global Health Film Festival for giving us the opportunity to further shine the spotlight on mental health.”

Click here to watch I’m Not Mad, I’m Me. 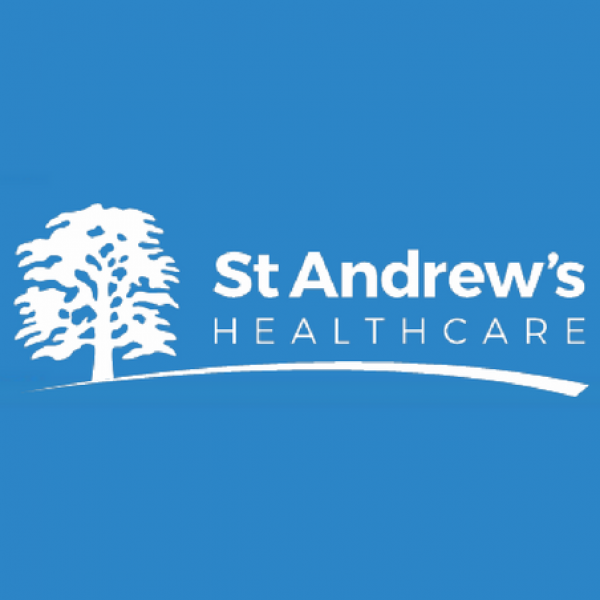