Naomi was admitted to St Andrew’s a year ago after a suffering a mental health breakdown. She was diagnosed with Borderline Personality Disorder, a mood condition which makes it hard for a person to control their emotions and impulses, and causes problems relating to other people. 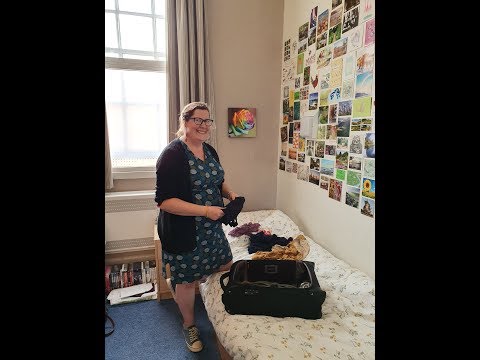 The disorder affects around seven in every 1,000 people in the UK, according to a study published in The British Journal of Psychiatry.

“I’d been in and out of hospital, and had been very unwell,” Naomi explains.

“I’d stopped eating, stopped drinking and I ended up losing my job.”

Naomi’s doctors decided that she needed a period of time in a rehab facility and was referred to St Andrew’s Healthcare.

“I was really scared. I was told it would be for a year, a year just seemed like a really long time and I didn’t think I’d be able to cope with it,” Naomi said

However as time went on Naomi began to enjoy her time at the hospital. She received Dialectical Behavioural Therapy, which helped regulate her emotions and she also learnt a number of skills at Workbridge, which provides vocational training opportunities to people with mental illness.

There Naomi learnt pottery, textiles and horticulture which equipped her with essential life skills which she could use when she returned to life in the community.

After a year at St Andrew’s Naomi and her healthcare team decided she was ready to move home.

“It feels like the right time, but I’m feeling quite nervous as well. But I’ve learnt all the skills I need to keep myself safe.”

Naomi will now have a team supporting her, as she settles back into life in the community.