We’ve made great steps as a society to speak more openly about mental health, but more complex illnesses such as Borderline Personality Disorder or BPD, often get lost in in the broader mental health discussion. In fact, a recent survey we commissioned found almost 40 percent of respondents were able to correctly identify the symptoms associated with depression, compared to just 6 percent for BPD. Two patients in our care explain what it’s like living with the condition, the stigma they’ve faced and how music has helped with their recovery.

Can you describe what’s it like living with BPD?

Jane, 21*: Before I was diagnosed I just felt angry, all the time, at everyone and at myself. I just felt everything all at once, it was crazy. I was overwhelmed. I was always wanting to hurt myself and I wanted to die.

Kate, 19*: I was self-harming a lot, and they didn’t know what was wrong with me, and then they diagnosed me with personality disorder. 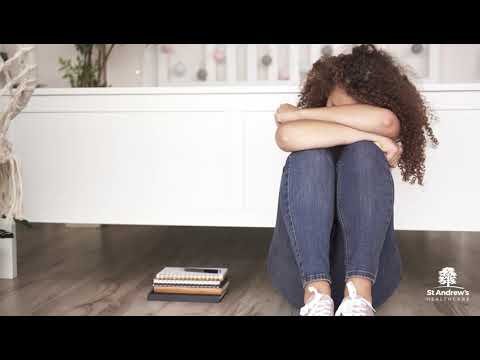 Has that changed now?

Jane: I’ve been at St Andrew’s for just over a year and I came here from an acute ward. When I first came here I felt terrible, but that’s gone away now. I feel a lot different. I feel like I’m actually worth something, and that I can live a normal life and get a job and get married.

Kate: I came from an adolescent ward and I think it’s fair to say I wasn’t the easiest patient they’ve had. When I came here they diagnosed me with personality disorder. I felt really scared at first as I’d never been on an adult ward before. But now I feel a lot more hopeful for the future;  not as depressed and happier in general.

What do you think has helped you with your recovery?

Jane: Other than the staff, I think music has played a big factor in my recovery. Music is an outlet which allows me to express how I’m feeling. When words can’t speak I express it by singing. I can just write it down without having to say it, it just lets other people know how I feel. When I’m feeling stressed or can’t communicate through words I just write songs. I have written 7 now.

Kate: The staff and peer support workers (staff with lived experience) have really helped my recovery. The staff here are great and I have made life-long friends on my ward. Music has also been a big factor and helped my recovery, it’s how I get my emotions out. If I feel angry or sad or scared, I just write.

Kate: No not at all. I don’t know what it was like in the olden days, but now it’s totally different. The way it’s changed is incredible. I think there is a lot more acceptance of mental health. In hospital you can walk around with scars on your arms and it’s just accepted. It’s probably not like that in the community as much, we probably have a way to go in reducing stigma there.

What’s your advice to other people who may also be struggling with their mental health?

Kate: I would say never give up. My mum used to say to me never look back as you’re not going that way. Those words have stuck with me for years.

What are your hopes for the future?

Jane: I want to help other people in the same way that they’ve helped me, and give something back, definitely in the field of mental health.

Kate: When I’m discharged I want to write a book about my life and give any money raised to Mind, the mental health charity.

*Names have been changed